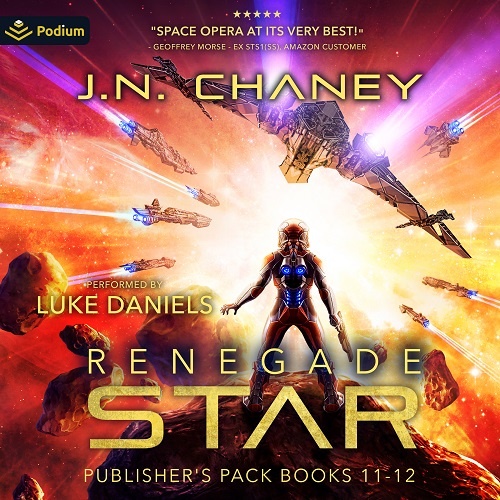 The Celestial War has arrived.

Captain Hughes and his team of rebels have created a shaky alliance with the same government that sought to end them, but even that might not be enough. In order to combat the Celestial threat, Jace will need to convince the Sarkonian Emperor to not only join his cause but lend him the resources he needs to overpower the enemy.

The battle for tomorrow will take more than any single empire can manage. Each side will have to learn to work together if they ever hope to overcome their shared enemy, but allies are not easily made from enemies, and not everyone will be as eager to stand side-by-side.

With allies like the Union and the Sarkonians, who needs enemies?

After taking over the artificial metal planet from the enemy, Jace must focus his energies on locating Athena, the missing Cognitive and one of the greatest intelligence assets to ever exist.

But Athena’s whereabouts are entirely unknown. With no sign or clue to guide the search, Jace must continue to explore the many layers deep inside the planet, for they hold many secrets and technological wonders that reach far beyond what anyone can imagine.

And somewhere deep inside the walls of this ancient place, someone is listening. An intelligence of unknown origins has been watching and waiting, spying on the humans. Their motives are unknown. Their identity is unknown. Their allegiance is unknown.

But a Renegade never falters, and Jace has a job to do.

Listen to the Audiobook
Read on Amazon Kindle
Read the Paperback

DON'T MISS THE NEXT RELEASE

Step 1: Enter your email to get release notifications sent to your inbox.

Step 2: Join the Renegade Reader Facebook Group for updates, conversations with the authors and fellow readers, and other crazy antics.

This is a place for kick ass people to post kick ass things. It’s a group for readers that want to come together to post and hang out, hear about upcoming releases, get behind the scenes updates, and ask me and the other authors direct questions about whatever it is you want to know about.

Don't miss the next release...

Enter your email here to have updates and release notices delivered to your inbox.